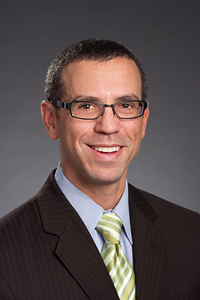 With more than seventeen years of trial and appellate experience, Mr. Klein has established himself as a top litigator whose practice areas encompass both criminal defense and civil disputes.  The central theme of Mr. Klein’s representation is attention to detail at every stage of a case, from initial discovery and investigation through trial—as well as at sentencing and on appeal, if necessary.  Mr. Klein makes sure that he has personal knowledge of every case fact and a thorough understanding of the applicable law.  He employs a creative motions practice to leverage positive results for his clients.

Mr. Klein has successfully defended clients charged with crimes ranging from drug possession to sexual assault and murder.  He has won trials and appeals in state and federal court in Colorado and the District of Columbia. He has also had success in post-conviction representation, obtaining new trials in two sexual-assault cases in 2015.

Mr. Klein has a wide-ranging knowledge of forensic science issues.  He has received extensive training in DNA analysis, fingerprints, handwriting comparison, bloodstain pattern analysis, firearm and toolmark examination, and other areas of forensic science.  He has served as lead counsel or co-counsel in several DNA-related cases.  He has also litigated the admissibility of handwriting comparison evidence, fingerprint evidence, and firearm and toolmark evidence.

Mr. Klein regularly serves as adjunct faculty for Harvard Law School’s annual Trial Advocacy Workshop and has been a visiting professor at Georgetown University Law Center. He graduated magna cum laude from Georgetown Law in 1998 and was inducted into the Order of the Coif. He then clerked for the Honorable Jose A. Gonzalez, Jr., in the United States District Court for the Southern District of Florida before returning to Georgetown as an E. Barrett Prettyman graduate law fellow. Following his fellowship, Mr. Klein spent eight years at the prestigious Public Defender Service for the District of Columbia, ultimately serving as a supervising attorney.  Mr. Klein has practiced law in Colorado since 2010 and has been a partner at Johnson & Klein since 2013.

Mr. Klein is a member of the Criminal Justice Act panel for the U.S. District Court for the District of Colorado.